A NEW WALKING ROUTE FOR PEACE 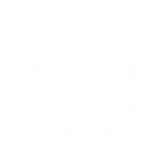 “when peace comes, our government might combine with the French government to make one long avenue between the lines from the Vosges to the sea….I would make a fine broad road in the ‘No-Mans Land’ between the lines, with paths for pilgrims on foot and plant trees for shade and fruit trees, so that the soil should not altogether be waste. Then I would like to send every man, woman and child in Western Europe on a pilgrimage along that Via Sacra so that they might think and learn what war means from the silent witnesses on either side.”
AD Gillespie, 19th June 1915.

The Western Front Way is a new long-distance walking and cycling route for peace, mental wellbeing and remembrance. The idea was rediscovered in a letter that had been written by a young soldier serving at the battle of Loos in 1915 – pictured above. He wrote home to his family and headmaster that, after the Great War had ended, he dreamt of creating a “beautiful road…for all nations to walk together in peace once the conflict was over.”

Over a hundred years on the charity, which was formalised in 2018, along with European partners and supporters, have begun to make that vision a reality and are connecting a 1000km long walking and cycling route that echoes the line of no-man’s land along the Western Front. This pathway is for walkers, cyclists, fundraising activities, commemoration and memorial walks, historical and conservation walks, and a new and beautiful way to remember those who gave so much. The route is the biggest single commemorative project underway on the globe and represents a forward-looking approach to commemoration for all generations.

We are fully marked and open in Belgium with over 450 markers in place after working with Westtoer, the provincial tourism authority of West-Flanders, and the tourism offices of the Flemish Front Cities Nieuwpoort, Diksmuide and Ypres. Gillespie’s vision is complete in Belgium, at a distance of 100km or 160km if you include the Tyne Cot Loop. Plaques are up along the entire route to the furthest southern point at Pfetterhouse.

Our next aim is to see the path from Armentieres on the French/Belgian border to Albert in the Somme marked. This would add another 200km of walking and cycling route and including Belgium give over 300km of waymarked pathway across two nations. We have an on the ground team working now in France to see this happen. After this, with the help of communes, departments and regions we will unlock the remaining 700km in the coming months and years. An outline of the Western Front Way route is available here.

Using our maps you can personalise you own adventure along the Western Front Way and we urge you to do just that. We have work to do, but with your help we will achieve it. The future generations that find their own stories along the Western Front Way will know ultimately, that peace and harmony between nations is what should be remembered is the true goal, and that this via sacra will help do just that for all of eternity.

By choosing the details of your own route you can personalise your adventure along the Western Front Way. To contribute to the WFW community of walkers and cyclists, please do share your recommendations, routes and ideas on social media by using our hashtags #WFWRoute and share your reflections on walking with #WhyIWalk.

All the routes are free to download and share as widely as you would like. Ours is a free path for peace and this is just the beginning of the story – how you journey, with whom and for how long is the next chapter. Good luck!

In September 2021 Tom Heap, trustee and relation of Alexander Douglas Gillespie sets off on a 1920’s bicycle from south to north, tackling the 1000km to raise awareness, pay homage, and fundraise.

On Tuesday 13th October 2020 in Paris, the UK based Western Front Way charity was awarded the European Award for Citizenship, Security and Defence by the ESDA/CiDAN Jury in the category Remembrance and Reconciliation.

The Western Front Way welcomes all donations however small. Your generosity will help us to waymark the path in the coming months.